Making of The Visitor

As artists and designers, the crew at Googz & Co. are always looking for ways to challenge themselves creatively, so when the opportunity to participate in the first 48 Hour Horror Film Project was presented – Googz & Co. jumped.

Providence, Rhode Island was one the cities selected to take part in the horror version of the 48 Hour Film Project. The idea is that on a Friday evening a team selects a sub-genre of horror and then they are also given a character, a prop, and a line that has to be used in the film. The team then has 48 hours to concept, write, shoot, edit, and return a finished short film Sunday evening. All that can done up front is that a team can be assembled. All ideas and work have to be done during those 48 hours.

With this being a first attempt at such a crazy project, the crew at Googz & Co. was really excited at the meeting on Friday night. Once we selected Sci Fi as the sub-genre the team was off and running. The character was Earl Fisher, taxidermist, the prop was a pumpkin, and the line was “No matter what you do…oh never mind” that had to be said by someone in the film.

Googz & Co. team members, Mike Esordi, Diana Esordi, and Colin Shaw, went back to project headquarters and began concepting ideas for a story. They had agreed that they wanted to come up with three good ideas and then select the best of those to develop. Once that was decided, Mike and Colin had to run off to get some needed props before stores closed that evening. Diana stayed back and began writing the script. According to the schedule the cast needed the script by midnight, so they could begin learning their lines and story. Keeping things on track the email “send” button was pushed right at the stroke of midnight. More planning was discussed that night to prepare for shooting all day Saturday. Finally, the team decided a little bit of sleep would be a good call since they would be up the following night.

Cast and crew were all due on set first thing Saturday morning and quickly began making things happen once there. Makeup, props and set design, and rehearsal all needed to be accomplished within a few hours.

First it was off to the woods, where actors Nicholas A. DiMaio and Haley Pine were set to be the first to encounter the “Visitor.” In true Googz & Co. fashion, Paul Bunyan needed to be part of this in some way or another. The character Diana created for Nicholas to play was an off duty police officer named Paul Bunyan. Top it off with a nice red and black plaid flannel shirt from wardrobe and there you have it. Haley played Paige, who was Paul’s daughter.

It was then back to the house to film Sissy O’Hara who played Maggie James. The filming captured a woman disregarding the headlines of a recent murder in town as she went off on her daily walk. You know what that spells.

After a quick break for lunch, which was a huge hit since Diana is the team chef and nothing is done without a master’s touch, the crew was back at it. This time it was shooting multiple scenes with Andre Boudreau, who played the lead character Earl Fisher, the taxidermist. However, Earl was no ordinary taxidermist, Earl was an accountant that like to do some taxidermy on the weekends with anything he could catch. Sticking to the schedule was crucial as the crew needed to capture all the daytime scenes before they ran out of light and needed to move to the night scenes.

As they moved to the main set, which was a shed that Earl used as his taxidermy area, the needed day shots were finally finished and then lighting was finalized for the late night filming. There were two amazing assistants on the team, Jennifer Mai and Savanna Li, who are Industrial Design majors at Rhode Island School of Design. Jennifer and Savanna were tasked with making the props for Earl look truly authentic. From the dirty roadkill bag he kept in his truck to the workspace in the shed, these two did a phenomenal job in the limited time the team had. It was a tight space, but Mike and Colin found the best camera angles to really make the ending look incredible.

Wrapping close to midnight it was off to the next stage of the project, editing.

Mike and Diana headed back to the headquarters where Mike began the long process of getting all the video and sound into the editing system. In addition to the day of filming, there was also a pile of sound cues and music pieces created by two extremely talented musicians on the Googz & Co. team. Frank Rossi and Mauro Colangelo wrote the perfect compliment to the story, which was tremendous since they had to write it prior to knowing what the movie was going to be. All of the music had to be flexible to fit into the storyline of the movie.

As the hours passed, Diana finally dozed off and Mike sat in the dark piecing it all together. At some point, early on Sunday morning, Diana woke up after hearing a fearful sound coming from Mike’s computer. It was great timing since Mike was ready to show off the first cut of the film. Both being extremely excited about the edited piece, they put a call in to wake up Colin. He quickly rushed over to see as well.

After the team discussed the first cut, a short list of action items was created. Needing a very important sound effect, Colin didn’t waste any time contacting the music team to make it happen. While they worked on that part, Mike and Colin headed out to create some other minor sound effects they felt would add to the layers of the film. After a little more fine tuning of the film, the addition of a few more sounds, which included Frank’s “Visitor” voice, and credits that took up more time as the deadline approached. Now all the team had to do was make sure the file was properly formatted and contained all the needed elements and that the copious amount of submission paperwork was complete. Oh right and a title…it was decided the perfect title would be The Visitor.

With time to spare Mike and Diana signed in the DVD and paperwork at the drop-off point. Diana sent out a group text to the cast and crew that we had made the deadline and it was now in the hands of the judges.

Then Mike went home and went to bed.

Stay tuned as we will be posting the full movie in our next post. 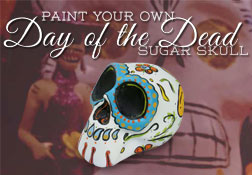